Inbound and Outbound Cross-Border Mergers & Acquisitions in the United States

Cross-border M&A in the United States continues to move forward in the face of political uncertainties and looming trade tariffs. Although cross-border M&A has slowed from the record-setting pace of 2017, certain types of transactions stand out to make 2018 a unique and consequential year for international deal making. First, the number of megadeals (transactions of USD 5 billion or more) are on pace to more than double from last year. Second, cross-sector tech deals have led the pack in cross-border M&A. Third, deal volume has declined and continues to show signs of general weakening. These observations reflect a market strained by high-valuations and increased regulatory and political uncertainty, forcing deal hunters to look for alternatives.

Megadeals are driving cross-border transactions. As of mid-year, megadeals accounted for more than half of all cross-border M&A value in the United States. In fact, just 14 deals, totaling more than USD 315 billion, accounted for nearly a third of all deal value in the first six months of 2018. The intense activity of megadeals are likely to push 2018 into a record-setting year for crossborder transactions.

Tech and consumer industries accounted for the bulk of megadeal targets. In fact, cross-sector targets that included a high-tech component paired with a consumer, media, or telecommunications industry were likely to garner the most attention. In addition, U.S. companies accounted for nearly 41 percent of all global deal targets, compared to targets in the United Kingdom (11 percent) and China (10 percent).

As deal value has increased, deal volume has decreased since 2017’s record-setting pace. In fact, the second quarter of 2018 saw the slowest number of cross-border transactions since 2015, representing a 12 percent decline when compared to the first six months of 2017.

The dichotomy between increased deal values with decreased deal volume is the result of a number of factors. Market conditions – a booming stock market, relatively low interest rates, and corporate tax cuts – have made companies, particularly large multinational companies, flush with cash. As a result, buyers can be more aggressive in their acquisitions. At the same time, sellers can justify higher valuations with greater EBITDA multiples. This has primed buyers and sellers in a race to the top for mega cross-border deals, crowding out capital that might otherwise go to multiple, mid-market deals.

Ahead Although U.S. targets far outnumbered targets from other countries, the United States became the main source for greater regulatory and political uncertainties that could impact international deal making. The Trump administration’s continued negotiation of trade regulations with its largest trading partners around the world, particularly Mexico, Canada, China, and the EU, have led to tariff wars, excess inventory buildup, and a shift in global capital appetite. 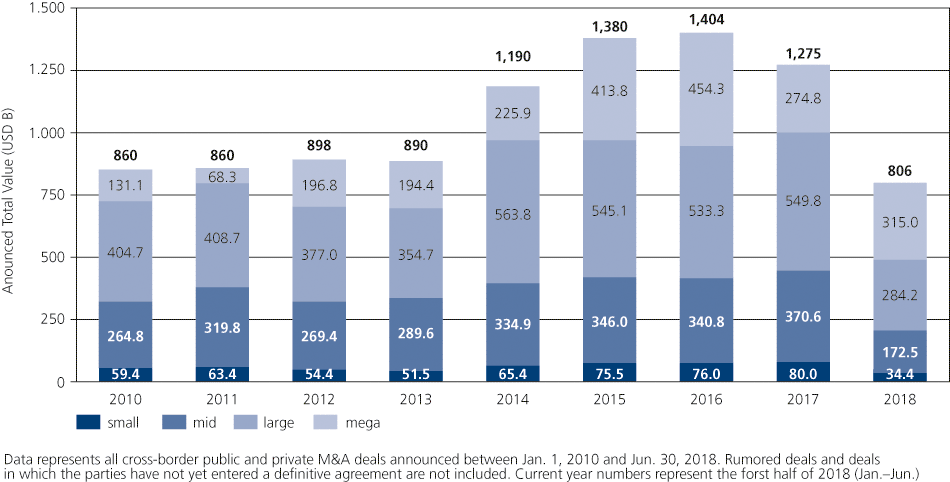 In fact, cross-border M&A between U.S. entities and other countries has stagnated in 2018. Despite increased overall deal value, non-US entities account for fewer total buyers than in previous years. Capital from non-US entities has instead flowed to countries with less uncertainty. For example, Canada and Japan have each experienced an increase in inbound transactions in 2018.

High valuations, coupled with greater uncertainty, has led dealmakers to find value in alternative structures. Look for an increase in joint ventures, alliances, and other strategic partnerships as ways to sidestep regulatory uncertainties and expensive acquisitions . 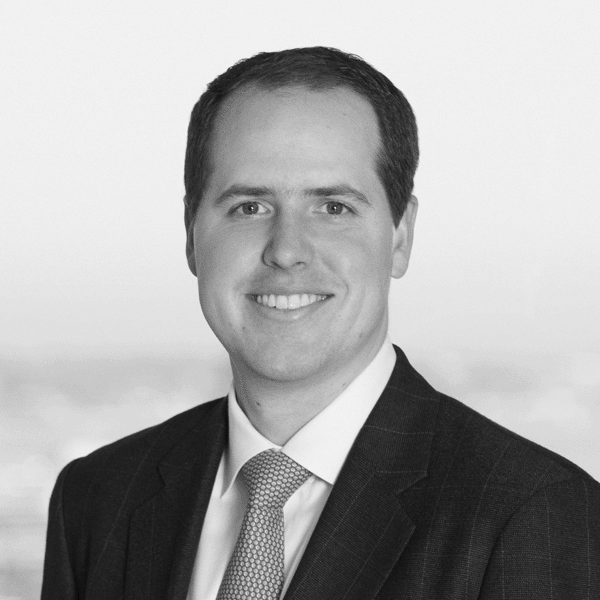