The extent of the impact of the Covid-19 pandemic on the M&A market and the broader global economy will be unprecedented.

While business recovery appears likely and markets are returning to their pre-crisis levels, there are, however, profound changes in trends on the M&A market.

In order to put the extraordinary year of 2020 into perspective, we think it is important to refer to the 2019 overview in which Clifford Chance carried out a forward-thinking analysis in a previous article1.

In an uncertain global geopolitical context fostered by both Brexit and the tensions between the United States and China, M&A transactions have been subject to greater scrutiny by nations who wish to preserve their national interests.

Regarding this, we can cite two decisions made by the Committee on Foreign Investment in the United States (CFIUS) in 2019 which forced Chinese investors to sell their stake in American companies; namely, the sale of Grindr by Kunlun Tech, in addition to the sale of PatientsLikeMe by ICarbonX2. In Europe, 2019 was the year of the adoption of Regulation 2019/452 which established a framework for filtering foreign direct investments in the Union. We thus witnessed an increase in national and regional operations compared to cross-border transactions, which can prove increasingly complex.

In addition, another trend was confirmed last year: namely the willingness of companies to acquire, by external growth, know-how or expertise that is difficult to develop internally. Bain’s global annual report on Mergers & Acquisitions notes that scope deals, as opposed to scale deals, represented approximately 60% of transactions in 2019 at over a billion dollars.

Thus, faced with the arrival of new players in competitive markets, it seems that strategic acquisitions such as corporate venture capital continue to represent an interesting opportunity for many companies seeking growth3.

Despite this uncertain context, the 2019 M&A market showed resilience globally with transaction rates mirroring those of 2018. The market retained a slightly lower overall value compared to 2018, down from USD 3,960 billion to USD 3,900 billion4. France came out reasonably positively compared to the rest of Europe due to certain large-scale operations such as the merger between PSA and Fiat Chrysler.

The Covid-19 pandemic is an unprecedented event, affecting the lives of billions of individuals and forcing societies to adapt rapidly to a new lifestyle to avoid the uncontrolled spread of the virus.

The M&A market, like the rest of the economy, was profoundly disrupted by this crisis which has marked its footprint on 2020.

According to Mergermarket, at the end of the first half of 2020 the number of transactions was down 32% compared to 2019, and the decline in value transactions was even greater, amounting to 52.7%. The United States, with its uncertain political context due to the November presidential elections, is among the most affected countries. However, this decline enabled Europe to increase its market share to 32.3%. This result must nevertheless be nuanced to the extent that Europe has not been an exception to the general morose atmosphere by recording a 30.6% decrease in M&A operations in value compared to 20195.

While there was a decrease in the number of Covid-19 cases and a subsequent reduction in social distancing measures for many countries in the third quarter of 2020, mergers and acquisitions also benefited from this upturn.

According to Mergermarket, global M&A value transactions increased by 139.5% between the second and third quarter of 2020.

In Europe, this increase amounts to 54.8%. However, these encouraging results do not compensate for the accumulated delay over the first half of the year and the level of activity at the end of the third quarter remains very much lower than that observed in the same period in 2019.

The data available for the final quarter of 2020 seems to confirm an upturn in activity, with fewer transactions but for a total value similar to or possibly even higher than 2019 over the same period, both at global and European level6. The French market at this end of the year has been particularly shaken up by the battle between Veolia and Suez following Veolia’s acquisition of 29.9% of Suez’s share capital from Engie.

Despite a surprisingly active end of the year in 2020, it is necessary to remain prudent as the Covid-19 crisis also increased disinvestments as well as judicial proceedings and restructurings.

The difficulties encountered by companies during the months of lockdown and of restrictions or closures imposed on certain sectors, particularly the restaurant industry, will most likely lead to a wave of restructuring operations, disposals or even bankruptcies.

As such, many companies have increased their debt rate during the period of crisis in order to ensure their survival, including by contracting loans in addition to the State subsidies granted widely since March 2020.

As part of a return to a normalised economy, it will be crucial for these companies to reduce their debt and the associated costs. Among the options that can be considered for these companies, the most obvious are cost and expense reductions, obtaining refinancing on advantageous terms or, failing this, disinvestment and disposal of certain non-essential or underperforming activities.

In this respect, the Boston Consulting Group notes that these disinvestment operations generally increase in the short term after the beginning of a crisis, as was the case in 20087.

Despite the support given by States to certain sectors particularly affected by the slowdown or the cessation of their activity, it cannot be ruled out that the measures mentioned above remain insufficient and that restructuring or receivership or liquidation proceedings increase. The tourism sector is thus considerably affected and, as an example, the Barrière Group, the leader of casinos in France, recently announced considering major restructuring associated with job cuts.

In its 2019 forward-thinking analysis, Clifford Chance had already noted that strategic partnerships represent an increasing share in the M&A market.

This trend was confirmed in 2020 as joint ventures and other alliances allowed stakeholders to start projects faster than usual by developing internal skills with a lower financial risk compared to a traditional M&A operation. Strategic partnerships also allow value creation that would not have been possible through mergers and acquisitions for regulatory reasons, for example. Finally, it is a way to enter other markets, notably the Chinese market.

Joint ventures now represent a non-negligible share of the profits of many industrial firms. More than 20% of Airbus, Celanese, Engie, Vodafone and Volkswagen profits are believed to result from uncontrolled joint ventures in 20198.

One of the most talked-about partnerships this year is of course the alliance between Pfizer and BioNTech for the development of a Covid-19 vaccine.

As part of an alliance, it is not uncommon for a company to acquire a minority stake in the capital of its partner. Thus, minority transactions, as opposed to the acquisitions of a controlling majority, have also increased in recent years, both as a result of the growing popularity of joint ventures and for reasons inherent to these transactions, which are less risky and more inexpensive in times of crisis.

The attractiveness of these minority operations lies in the possibility for the acquirer to take a stake while awaiting the funds necessary to take control of the target and being able to assess its risks beforehand. For the assignors, a minority investment is an opportunity to obtain additional funding, which is welcome in times of crisis. It is also noted that private equity funds are increasingly making minority investments.

Overall, private equity funds, in the same way as other players in the M&A market, drastically reduced their activity in the first half of 2020. In April 2020 this was 70% lower than the 2019 figures.

However, investors have accumulated a lot of cash to invest (dry powder) because fundraising has not been highly impacted by the Covid-19 pandemic crisis while investments were suspended at the end of the first quarter of 2020 with the first lockdown measures. Many investors have refocused on their existing portfolio in order to support companies subject to financial difficulties.

As a result, private equity funds currently have an estimated dry powder of USD 1,500 billion9.

Unsurprisingly, some sectors have performed better than others during this year and in particular TMTs (due to the normalisation of remote work, the increase in the use of e-commerce, etc.), pharmaceuticals, biotechnology, industry and chemicals, and energy and utilities. On the other hand, restructuring and disinvestment operations have been more numerous in the tourism and retail sectors, which have been particularly affected by the crisis.

The players in the infrastructure market, for their part, have resisted the crisis well and the funds raised at the end of the third quarter of 2020 were up 13% compared to 201910.

Venture capital follows a similar dynamic to that of private equity, and many investors also supported their corporate portfolio as a priority and have postponed potential new investments.

However, as significant funds have been raised by these investors, we can expect a rapid recovery in this sector.

2020 was also marked by the stock market transactions carried out by private equity funds, without, however, neglecting the traditional players, as demonstrated by Veolia Environnement’s interest in Suez.

Many listed companies saw their stock market value suffer under the effects of Covid-19 and the subsequent government measures adopted to deal with them, sometimes in an unjustified manner. As a result, many lost value or became more vulnerable to contract renegotiations, for example in the context of the merger between LVMH and Tiffany.

For some issuers this loss of value was accompanied by the entry into the capital of activist shareholders, thus strengthening the already significant pressure on management teams in a time of crisis.

Thus far, it is essentially the midcaps segment that seems to have attracted private equity funds, at least in France. 2021 will most likely be marked by an increase in “take private” operations. It should also be noted that in Germany, 2020 witnessed the completion of the delisting of the Axel Springer media group completed under the impulse of KKR. 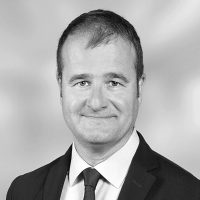 “In 2020, we made deals all over the world without leaving Paris”