The year 2020 – as seen by Investment Bankers Morgan Stanley

What a year 2020! We will have gone through all the phases, all the moods of the cycle over 12 months. After a sustained beginning of the year, in line with 2019 (more than 30 billion of announced deals in the first two months of the year), marked by a very high proportion of private equity (Elivie, Gerflor, Ceva Santé, Galileo, DRT, etc.) and the return of major takeovers (Worldline/Ingenico), a phase of freeze, followed by a gradual return to business before the summer … Since then, the dynamism has continued, with a number of major operations announced (sale of Elsan by CVC, acquisition of OSI by Schneider, Veolia/Suez or the buyout of Altice minority interests) or put back on track (Alstom/Bombardier, LVMH/Tiffany, etc.).

So what are the most significant trends?

• The market has remained buoyant through the ups and downs, with almost 30 transactions of over one billion euros announced since the beginning of the year,

• The major French groups remain on the offensive, as illustrated by LVMH, Veolia, Worldline, Schneider, Euronext and Lactalis,

• These major groups no longer hesitate to sell assets and to restructure their portfolios (Sanofi/Regeneron, Casino/Leader Price, Engie/Suez, Auchan in China), and

• The “Private capital” still sees its market share increase, with 40% of the operations of more than one billion in 2020.

What can we expect for 2021? Probably still a lot of dynamism in the market, save a marked turnaround in the economy or markets. There is no shortage of promising winds, such as the high availability and low cost of capital, the continued globalization of all industries, the need to reach critical masses, or the acquisition of technologies and the acceleration of digitalization. In the end, these are similar observations to the ones we would have made the end of 2019, only after a “minor” disruptive event … 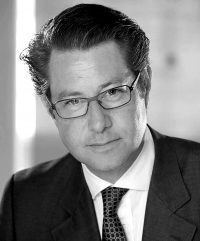 The Year 2020 – as seen by Investment Bankers – Alantra

The M&A Canvas for analyzing the strategic fit...